Are Watermelons Beneficial For You? (2021)

It’s pretty safe to assume that when something is a fruit, it has some kind of health benefit. But people seem to be super confused when it comes to watermelon. In July alone, there have been over 12,000 searches for “is watermelon good for you?” according to Google data.

That’s a lot of people confused by this melon, so we reached out to dietitians to get some clarification. And we’ve got good news.

According to registered dietitian Sonya Angelone, a spokeswoman for the Academy of Nutrition and Dietetics, watermelon is packed with all kinds of good-for-you-nutrients including the antioxidant lycopene (which is great for your heart and bones). The redder your watermelon, the more antioxidants it contains, Angelone says, so it’s better to opt for a ripe watermelon over its almost, but not quite as sweet pink version. 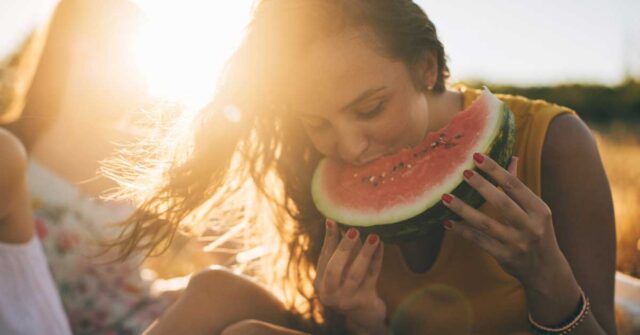 It also has the amino acid citrulline, which is great for your blood flow, Angelone says.

The amazing stuff doesn’t end there: Watermelon is a fantastic source of vitamins A and D, which is great for your skin and hair, points out Julie Upton, M.S., R.D., co-founder of the nutrition website Appetite for Health. Not only that, it actually can help you stay hydrated—92 percent of the fruit is water, says Upton.

And it’s a low-cal snack: two cups of diced watermelon has just 80 calories.

While we tend to assume watermelon is high in sugar since it’s so sweet, it actually has less sugar per serving than a banana, says Angelone. (A cup of diced watermelon has about nine grams of sugar, while a medium banana has about 14 grams of sugar.)

So…is watermelon good for you? Yup. Carry on with your summer barbecues. 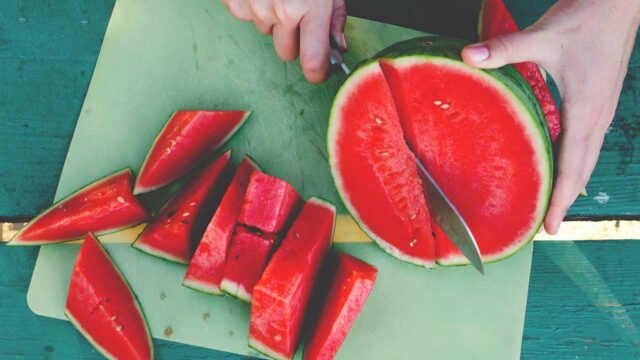