Why pay attention to your nails?

Nail problems seem like a pretty benign thing to worry about, but this isn’t only about “OMG I broke a nail”: Brittle nails can be a sign that something’s going wrong in your body, and peeling nails are a symptom of that brittleness. Though, other times, your lifestyle could be damaging them from the outside in. Read on to find out when to worry and how to protect your fingernails.

Shortcut to save your nails: 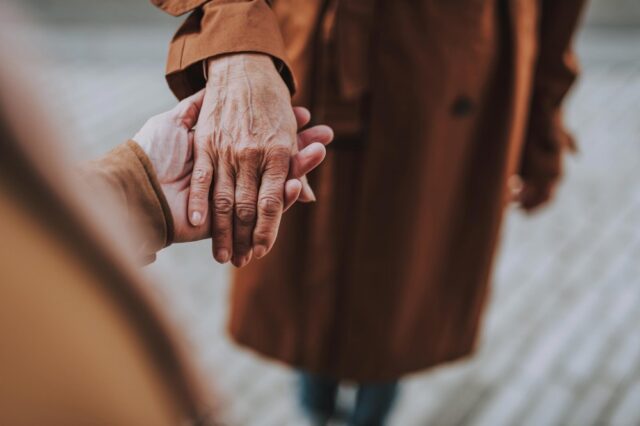 You’re getting up there in years

Your hair and skin aren’t the only things that change as you age. As you get older, your nails naturally get more brittle and change in texture, leaving them vulnerable to peeling. “We get wrinkles in our skin, and we get wrinkles in our nails,” says Chris G Adigun, MD, FAAD, a board-certified dermatologist in Chapel Hill, North Carolina. “Each peak and each valley is a weak area that is prone to splitting.” Are they changing appearance in other ways? 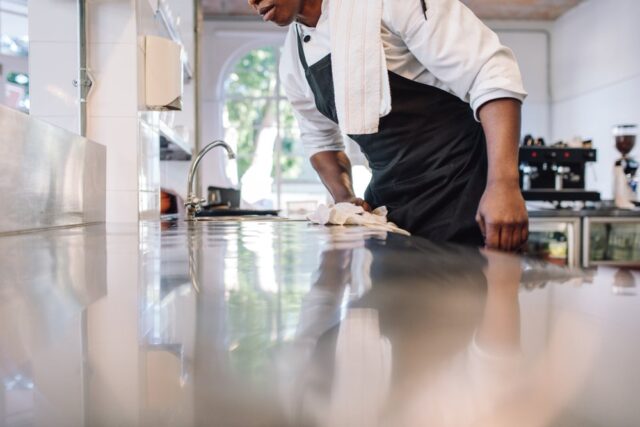 You use cleaning products regularly

Cleaning products can strip your nails of moisture and healthy oils, which can lead to peeling if you’re using them regularly for your job. If you can’t escape the chemicals themselves, fight the effects by being diligent with moisturizers, suggests Dr. Adigun. She recommends an oil- or emollient-based moisturizer, which gives a heavier dose of hydration. 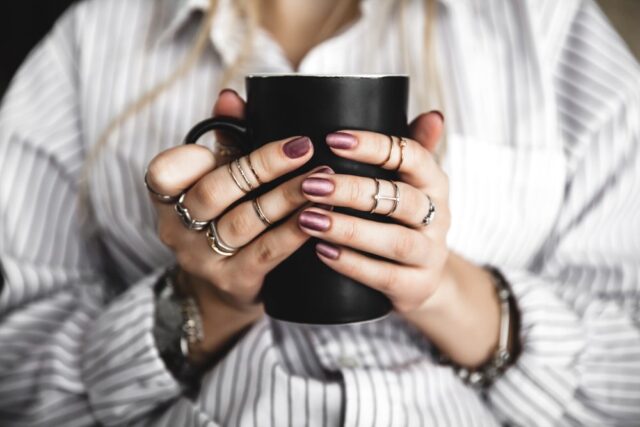 You get regular manicures

Gel and acrylic manicures might look nice on top of your nails, but they’ll leave nails the worse for wear. The polishes themselves aren’t necessarily making your nails peel, but getting them removed can lead to damage. “They typically require extended exposure to acetone, and acetone desiccates nails severely,” says Dr. Adigun. If you’re worried about your nail health, do your own nails at home without harsh products or buffing tools, suggests Ivy Lee, MD, a dermatologist based in Pasadena, California, and assistant clinical professor of dermatology at UCLA. 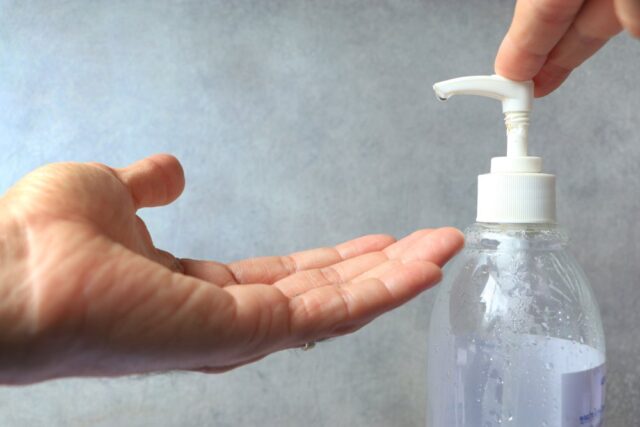 You use tons of hand sanitizer

Healthcare workers and other people who use hand sanitizer often throughout the day might find their nails are brittle. The alcohol in the sanitizers can strip moisture from your nails and leaving them prone to peeling, says Dr. Adigun. The gel-based hand sanitizers tend to be the most drying, she says, but ones with moisturizing agents built-in can help protect against future peeling. 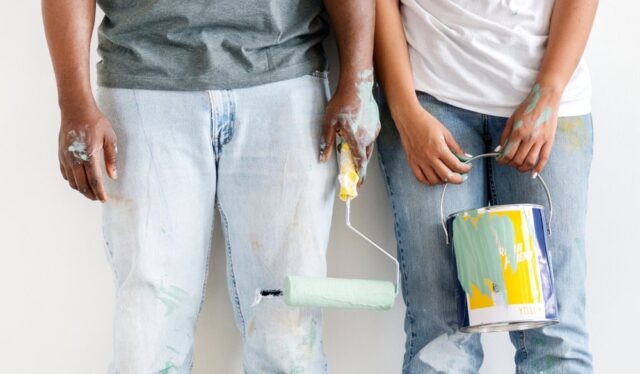 You have a creative streak

Artists’ nails also tend to be prone to peeling, says Dr. Lee. Not only do they deal with paint and clay, but they need to wash that mess off of their hands. “It’s a combination of water exposure and exposure to some really harsh solvents and detergents,” she says. 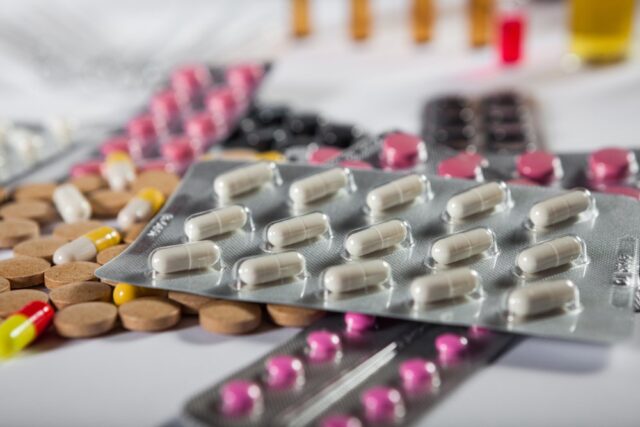 Some medications have the side effect of causing nails to peel. Antibiotics in the tetracycline family, which are used to treat anything from pneumonia to acne, can make it more likely that your nails will peel, says Dr. Lee, and so can certain cancer treatments. 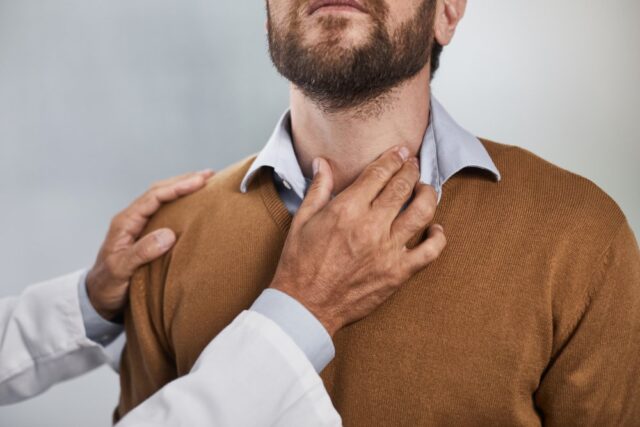 Both an overactive and an underactive thyroid can create health nightmares throughout your body—your nails included. “Both ends of the spectrum cause an enormous amount of stress on our bodies in different ways,” says Dr. Adigun. “Nail changes are another symptom of that more global stress.” An underactive thyroid is more strongly associated with nail dryness, but look out for other signs of hypo- and hyperthyroidism like fatigue, unexplained weight change, and increased sensitivity to heat or cold. 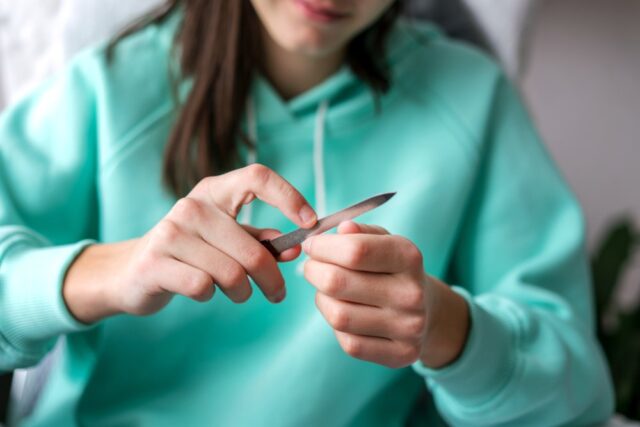 You’ve been rough on your nails

If you tend to use tools like a toothpick or nail file to scrape away dirt from under your fingernails, you might exacerbate—or even cause—a condition called onycholysis, which means the nail is peeling away from the nail bed. “They can create a problem where there wasn’t a problem,” says Dr. Lee. 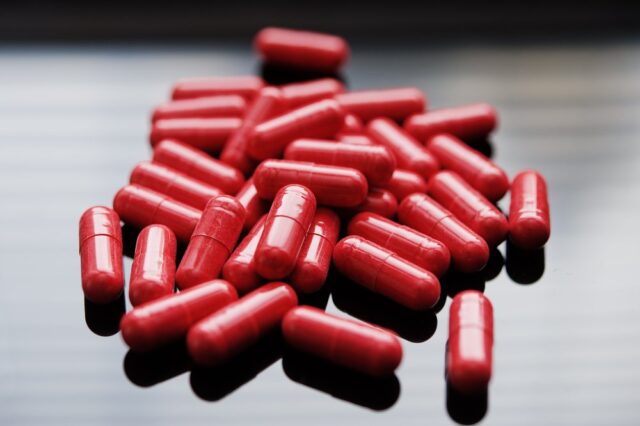 This mineral is crucial for your entire body, says Dr. Adigun. “If your body is under stress because of low iron, one of the changes you’ll see is in the nail.” One of those effects could be peeling nails, though it could also present as “spooning,” when the nails develop an indentation. 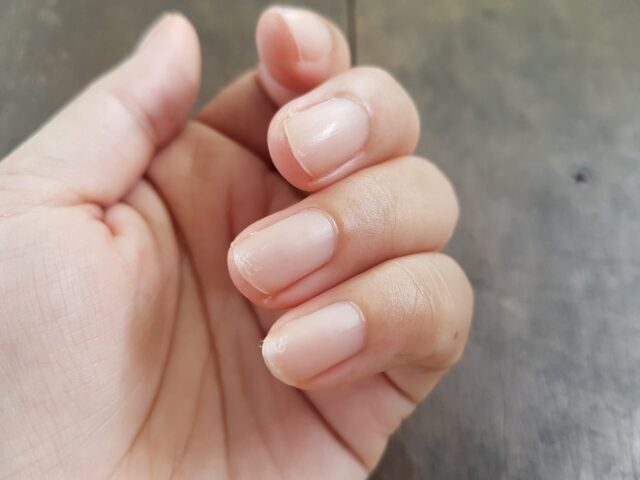