The American mini-series ‘Godless’ has got people glued to the screen. The drama is full of action and has been acclaimed for its amazing storyline.

A Peek Into The Storyline

The show has been written and directed by Scott Frank. The series is set in 1884 and has been shot in New Mexico. A set made of 28 buildings was constructed in the false setting La Belle, New Mexico. Season one can give us a clue as to what we can expect from season two. The story revolves around a man who is on the run to his homeland. He is trying to escape his mentor.

Frank and Roy were like two peas in a pod. Frank saw Roy as his son. They both shared a very strong bond. Roy did something he shouldn’t have and put himself in misery. Roy’s evil deed broke the brotherhood between the two. Frank was now Roy’s biggest enemy.

The murderous outlaw gang leader is Frank Griffin. The western region in Mexico is known for its drug lords. The people of this region do not follow the law. Roy ends up in an old town(La Belle) which is run by women. The old men of the town died in a mining accident. Roy is taken care of by Alice Fletcher. The women of the town gather and implement a solid plan to stop Frank and his team of murderers from entering the town.

Casting Choices We Can Expect

Season one had many lead characters. Roy Goode and Frank Griffin are the protagonists in the show. The character of Roy Goode is played by the actor Jack O’Connell. He was orphaned when he was a child. He has been under the care of Frank from a young age. He commends a crime that costs him a lot. He robs a huge amount of money from the safe and runs away. He wanted to do business in his way and so decided to run away from Frank. Frank was very dominant and would never allow Roy to follow his mind.

Jack Daniels plays the character of Frank Griffin. Frank is known as the biggest criminal in the west. Roy ended up betraying frank. Frank, along with his gang, are on the lookout for Rob.

Michelle Dockery plays the role of Alice Fletcher. She is an old widow who looks after her late husband’s ranch. Alice takes care of Roy when he arrives in the town, La Belle.

Merrit Wever plays the character of Mary Agnes McCue. Her husband was the mayor of La Belle, like other old men of the town he died in a mining accident.

Thomas Broadly Sangster plays the character of Whitney Winn who is a police officer in the town of La Belle. He is known for his bravery and his timely service.

These main characters would be seen in season two as well. The other side characters are Truckee(Alice’s son), Callie Dune, Charlotte Temple, and Sarah Doyle.

When Can We Expect The Release

Season one was launched on November 22, 2018. Season two is expected to be launched in November 2022. The pandemic slowed down the process due to which the release date had to be postponed.

Season one was a hit and had been nominated for prestigious awards. The viewers of the show greatly await season two. 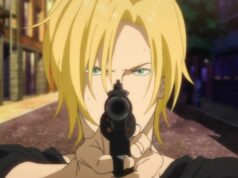