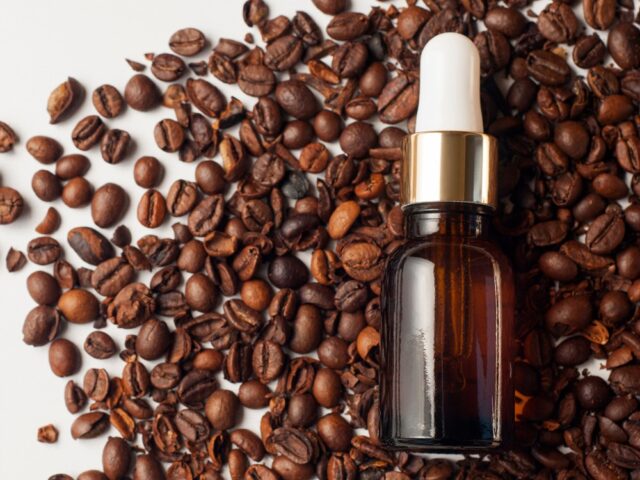 You’re probably heard that caffeine-containing drinks like coffee and tea may be good for your health. Although too much caffeine is dangerous—energy drinks and supplements in particular—in moderation it’s thought to be just fine.

Coffee, in particular, has been well studied and associated with all kinds of good things, including a reduction in the risk of heart trouble and even some neurological conditions. (Although both coffee and tea are thought to have other potentially beneficial ingredients besides caffeine.) That’s what happens if you put coffee in your body, but what about on your body?

There are several reasons skincare companies include caffeine in their products, they say. “Caffeine, derived from coffee beans, helps to visibly refresh and recharge the skin,” says Lizz Starr, executive director of product development for Origins, which features a line of caffeine-infused products called Ginzing.

Susie Wang, founder and skincare chemist at 100% PURE, which also features products containing caffeine, says the ingredient has many benefits, such as “around the eyes, it brightens dark circles and de-puffs the area; on the body, it helps detoxify and minimize cellulite; on the skin, it accelerates the healing of sun-damaged skin; and in the bath, it increases circulation and assists with lymphatic drainage.”

How does caffeine accomplish all these benefits in skincare products? “When caffeine is used topically in a cream or serum, a chemical present in it called chlorogenic acid (CGA) can soothe sunburned skin and help heal acne-prone skin with its anti-inflammatory and anti-bacterial properties,” Wang says. “Antioxidants in caffeine can also help reduce signs of hyperpigmentation in the skin, including dark circles, sun spots, redness, and fine lines.”

“Lastly, when coffee is used in a scrub, it can help improve the body’s circulation by dilating the blood vessels,” Wang says. This process is known as microcirculation, says Wang, which helps to reduce the appearance of cellulite on the skin.

Also, check out all the beauty uses for coffee grounds.) 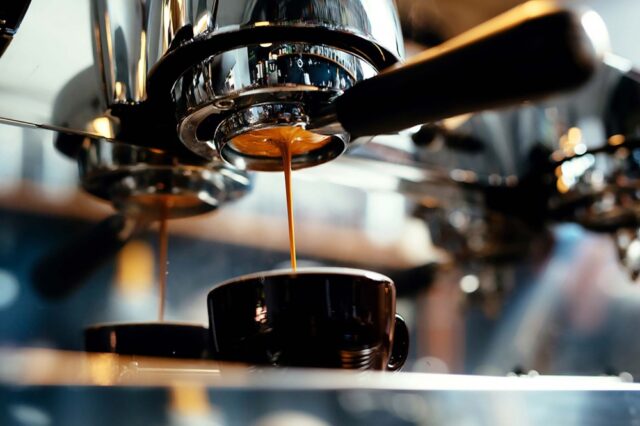 What caffeine does, according to dermatologists

Although there is some evidence that drinking coffee may have some of these benefits for the skin, there is less proof of the effects of topical treatments.

“The research we have on these products is not that substantial, and what we have is not entirely convincing,” says dermatologist Rajani Katta, MD, volunteer clinical faculty at Baylor College of Medicine and McGovern Medical School at UT Health in Houston. “There are limitations to the research. For example, several of the cellulite cream studies have been performed in animals, not humans. Some limited studies of cellulite creams in humans—in one study only 15 people—saw a benefit, but since they didn’t have a placebo group, it can be hard to really evaluate the study results.”

In another study Dr. Katta mentions, researchers looked at a caffeine gel to see if it reduced under-eye puffiness. (Here are some of the causes of under-eye circles.)  “The researchers compared the caffeine gel to a similar gel formulation that contained no caffeine, and the results were actually similar in both groups,” she says. “This study demonstrates how important it is to have a placebo group when you’re trying to study the effects of skin care ingredients.”

The researchers theorized that the reduction in puffiness wasn’t actually due to the caffeine itself, she says, but rather the cooling effect of the gel formulation that led to the constriction of the blood vessels and less fluid in the skin.

In addition, as a 2020 paper in the Journal of the American Academy of Dermatology on oral consumption points out, although we often think of “coffee” and “caffeine” interchangeably, there could be another property of coffee in particular that may affect the skin. 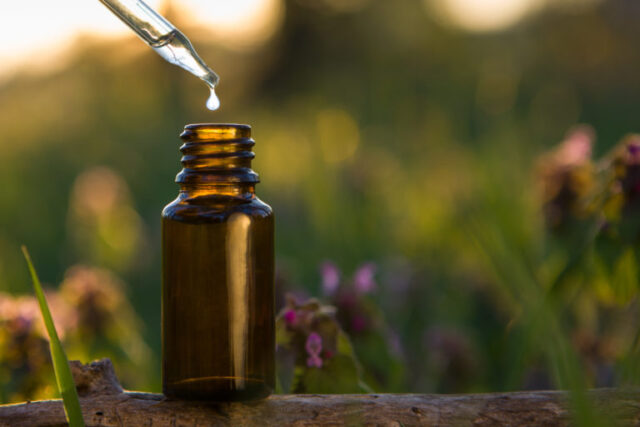 Caffeine could be beneficial for skin, in theory

Despite the lack of studies proving its effectiveness, in theory, caffeine, could be beneficial for the skin. “The ingredient caffeine is an antioxidant, so it certainly could be helpful for rejuvenating aging skin and treating wrinkles,” says dermatologist Patricia Farris, MD, in Metairie, Louisana. “Caffeine also constricts blood vessels which is why it is found in many anti-redness skincare products and for reducing under-eye puffiness. [But] there are very few studies on this ingredient alone.” She points to the same small study of only 15 patients that showed some improvement in cellulite.

“Here’s what I tell patients about caffeine: When coupled with other ingredients, caffeine does provide skin benefits,” she says. “While there aren’t a lot of studies on this ingredient alone, cosmetic chemists have used caffeine in combination with other ingredients because it has unique benefits on the skin, like constricting blood vessels.”

(Also, learn if Canadians are addicted to caffeine.) 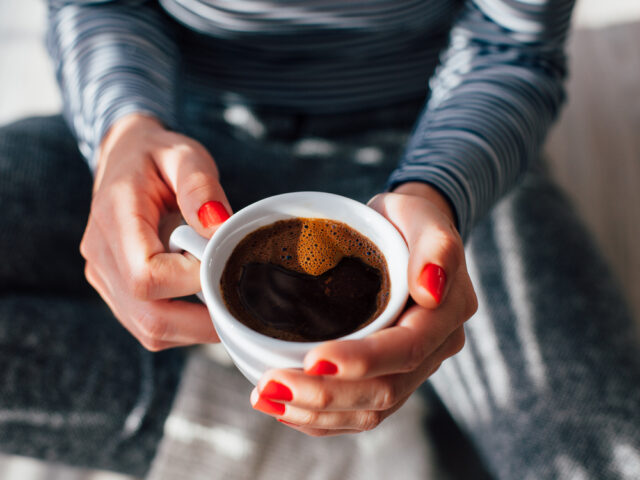 Can caffeine in makeup give you a “coffee buzz”?

If you worry that using these products will turn you into a jittery mess, Dr. Katta and Dr. Farris say that’s unlikely. “You aren’t going to absorb enough caffeine from a skincare product to give you a coffee buzz,” Dr. Farris says.

But again, there’s not much research on the topic. “We don’t have enough research studies to answer this question well—ideally, you would want to have volunteers apply caffeine-containing creams to their skin and then measure the level of caffeine in their bloodstream,” Dr. Katta says. “With the research we have today, we know that caffeine does have the ability to penetrate through the skin barrier, so theoretically it could have a stimulant effect, if you applied enough of a caffeine cream to a large enough surface area of your body. This shouldn’t be an issue with the small amount used in an under-eye cream, but it theoretically may be an issue if you were using an anti-cellulite cream all over your legs, for example.”

People who are extra-sensitive to the effects of caffeine may want to avoid using the products over large body surface areas, Dr. Katta says. “But in general, if you’re using them over a smaller area of the body such as the eyes, we wouldn’t be worried about systemic risks.” For this reason, if you’re pregnant or breastfeeding, Dr. Farris says you may want to avoid caffeine-containing beauty products.

People who have a specific allergy to a particular ingredient should exercise caution and read ingredient lists. As always, consult your doctor about any individual medical conditions or concerns you might have before starting a new skincare regimen.