A sensor is any device that receives some sort of data and then does something with it. Some sensors collect and store data internally. Others transmit the data to another device. Still, others do both. Based on the technical definition of a sensor, it is surprising just how many sensors exist in a typical home security system.

In an April 2022 post published on its website, Vivint Smart Home went in-depth on security sensors and what they do. From that post, we can glean five reasons explaining why sensors are so critical to home security. Here they are:

1. They Alert to Intrusion

The number one function of a home security system is to alert you to the fact that someone has entered your home without authorization. In the old days, security systems were known as burglar alarms for that very reason. Modern systems can detect intrusion with a variety of sensors. You have door sensors, window sensors, motion sensors, and video cameras.

Home security sensors are designed to trip under certain circumstances. In terms of a window or door sensor, you are looking at a two-piece component. One piece is attached to the window or door and the other to the frame. As long as the two pieces remain in contact, all is well. Break that contact and an alarm is triggered.

Here is a sensor that collects data when the two pieces are in contact. Break contact and the data changes. That is what triggers the alarm. New data is generated and sent to the security system’s main control box. The data is interpreted as a breach and the alarm is sounded.

It has been suggested that monitored home security is an effective deterrent against burglary. This post will not get into the data behind such assertions, we will simply assume it’s true. That being the case, why? Because burglars do not want to get caught.

No intruder wants to find themself standing on the wrong side of a jail cell after being caught by police.

As far as sensors go, this brings us back to the camera. A video camera is a sophisticated sensor that collects visual data by way of a lens and a CMOS chip. The data it collects can be stored or transmitted elsewhere. When stored, it becomes useful for criminal investigation and prosecution.

Burglars know this. They know that video cameras are bad news. So if cameras are visible as a burglar is approaching a home, the chances are pretty good that they will change their mind. They will find another target that isn’t being surveilled.

Sensors also deter by sounding alarms. This goes back to what was discussed in the previous section. A burglar who knows a house is protected by monitored home security is less likely to take their chances. They know that forcing entry will trip an alarm that could result in them being caught.

3. They Alert to Open Doors

The next item on Vivint’s list relates to accidentally leaving doors open. You can apply the same principle to open windows. In either case, an unarmed home security system still registers that window and door sensors are not making contact. Therefore, if you accidentally leave the back door open when you go upstairs to fold laundry, an alert on your smartphone will let you know. You can run back downstairs to close and lock the door right away.

Some home security companies promote the idea of arming the garage door with a sensor. That’s not a bad idea. It is too easy to forget to close the garage door when you drive away. It’s also easy for criminals to walk by, see the door open, and help themselves with expensive tools, sports equipment, etc.

Just like the back door sensor, a garage door sensor can alert you to the problem. If you are home, you simply go close the door. If you’re not, you either call and ask your neighbor to close it or, if your home is equipped with smart control, close the door using your phone.

4. They Can Alert Caretakers

Sensors are also critical to home security when a system includes medical monitoring. For those who don’t know, medical monitoring involves equipping certain members of the household with medical pendants. In the event of an accident or illness, one need only press the button on the pendant to get help.

On a separate note, maybe you’re caring for a parent in the early stages of dementia. You are fairly comfortable leaving that parent home alone for extended amounts of time, but you still want to keep an eye on movement. Video cameras provide a constant view of your home in real time. Door sensors alert you to the fact that your loved one has potentially left home.

5. They Alert to Smoke and Carbon Monoxide

This final item was not on the Vivint list. Their fifth item overlapped with alerting caretakers, so a new item was added to this list. In short, sensors alert homeowners to smoke and carbon monoxide. It shouldn’t be difficult to see how such alerts could be beneficial. The sooner a homeowner knows about a fire or carbon monoxide emergency, the sooner first responders can be alerted.

When you get right down to it, a home security system is little more than a collection of sensors designed to trigger alarms under targeted conditions. That is what makes them so critical to home security. If it were not for sensor technology, electronic home security systems wouldn’t exist. Aren’t you glad people make the effort to design and build them? 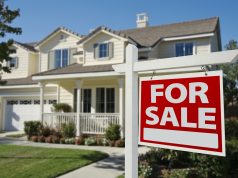 6 Reasons Why Renting a House Could Be Better Than Buying 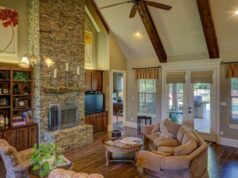 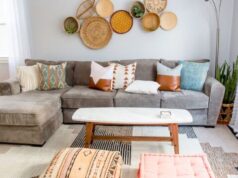 How To Decorate Any Room With Pillows – 2022 Guide