Everything was shifted online to cope with the pandemic, including schools for young kids. When young kids discovered that phones were more than just a means to study, they increased their dependence on smartphones and other devices like tablets. Even though parents were working from home, they were busy with their own responsibilities.

This will lead to further encouragement for the kids to keep on using phones and other devices. Now that there have been more than three years of living in the pandemic era, there is no looking back to what once was before online education was a thing. Many young children have developed a cell phone addiction that is not related to their zeal for studying on the phone.

In this article, we shall be discussing some important things you should know about cell phone addiction in children and teens. If you want to know more details, check out the details at chamspy.com.

There are some simple ways to know whether your child has a cell phone addiction or not. We shall be listing some of the most common science which can help you get to the root of the problem.

The Reaction When Phone is Away

Great proximity to the phone screen leads to higher dependence of the child on the smartphone. Young kids become so dependent on the cell phone that they only let it go when its battery is about to die. Even then, they might try to use it while the phone is charging.

A very visible detachment from reality or lack of social interaction of the signals towards cell phone addiction. This is more noticeable in younger kids because they are unable to differentiate between the real world and the things they see on their phones.

Young children imagine themselves in a world of their own creation, which resembles one they see on the phone screen. Because they are spending most of their time with smartphones, they are less likely to engage with people their own age. This lack of engagement can be detrimental to their social development.

Because of a great attachment to the cell phone, the children will be more irritable when kept away from it. This irritability will directly attack their attention span and make them unable to concentrate in school. When children are forcefully kept away from something they have an addiction to, it causes disturbance in water supposed to be their natural routine.

Any child has enough energy to tire themselves out by the end of the day. The sleep schedule does not take long to enforce because children are tired and want to sleep. Young kids with cell phone addictions will try their best to stay past their bedtime even if they are tired, just to keep using the phone. They will stay up late and will have to wake up early because of school, which will deteriorate their health in the long run. The disturbance in sleep is evident to any vigilant parent and should be rectified as soon as possible.

The first thing a parent needs to understand is not to be blamed for the cell phone addiction. As a parent or guardian, you are responsible for helping the child move past this addiction. Your role is not to punish or try any negative reinforcement. Try to be a companion of your child rather than their enemy. If you just try to take the phone away from the child, it will just cause resentment against you.

The easiest way in which the situation can be handled is to set boundaries and make rules. Making rules many times will not suffice because the children will be glued to the screen. A very easy approach is to limit the screen time and be firm when you have to take the phone away. Planning an alternate activity that will replace the dependency on the cell phone will be a welcome change.

There are many negative consequences to letting the self induction of a young kid run rampant. The most clear result you will see is that their eyesight will deteriorate at a rapid pace. Because the child will be constantly switching from app to app, they will be always entertained, and it will not give them any reason to leave the phone.

This will also impact their attention span, which will grow shorter and impact their studies or their performance in school. Cell phones and most of the apps are designed in such a way that they promote constant and consistent use. This will directly impact the sleep pattern of any user and will have a significant adverse impact on a young child who does not know better.

Insufficient sleep will tire the child out and make them less interested in outdoor activities or regular activities in general. Do not try to reason that the more the child uses the phone, the better equipped with technology there would be. There is also a lot of negative content on the Internet, and if children are allowed to keep using the phone without any supervision, it can also impact their mental health.

Understanding the details about cell phone addiction will help you prevent it and keep in control of your child’s urges to use the screen. You should start by knowing the major signs of cell phone addiction so that you can treat it better to help out the child in the most efficient way. 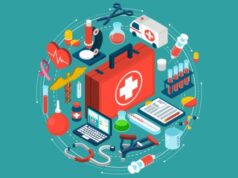 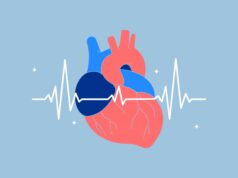 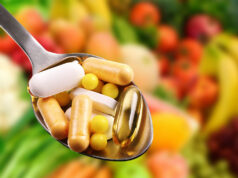