Are Nike Presto Good For Running? The History of the Nike Air Presto (2021)

As the fashion world continues to blend the lines between what is a street style accessory and a functional running shoe, the Nike Air Presto, has now seemingly been swept up into sneaker culture and this global obsession to combine running shoes with street fashion. Now, at the famous silhouettes 16th birthday, it seems a truly poignant moment to reflect on this shoe’s rise to icon status. 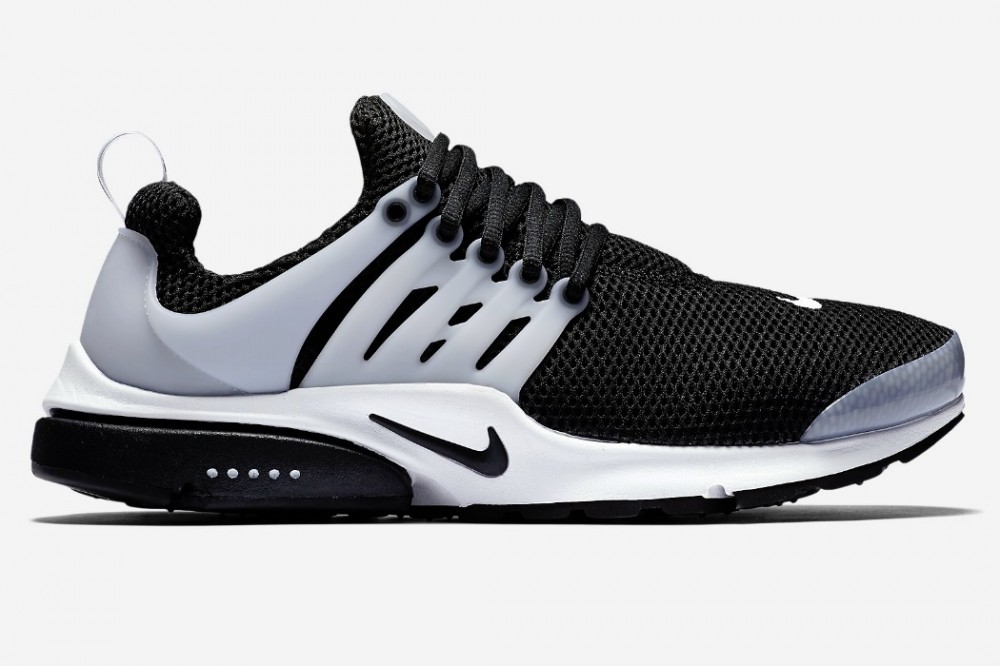 The first iteration of the Nike Air Presto was born at the Sydney Olympics in 2000, and it was a perfect timing. With the sporting world transfixed on the feats of long distance runners and sprinters, Nike chose the fitting moment to release a shoe that boasted the latest in footwear technology. And for the creative ensemble at Nike, comfort was king.

Upon launch, the Presto was advertised as the “t-shirt for your feet” as a way of boosting the universality and the sheer comfort of the shoes. Rather than conventional numerical sizing, the Presto was sold in S, M, L and XL sizes, simplifying the shoe fitting process. Nike’s fascination on building a running shoe that simulated the sensation of running barefoot was born through the development of the Presto and perhaps perfected in their Free running range. It’s quite fascinating to think that without the Presto, the Free Runner might never have existed.

Nowadays, a traditional Nike ad is laced with inspirational visuals of an army of professional athletes running in complete rhythmic symmetry to a pulsing percussive soundtrack (that damn Spotify ad has really gotten to this writer). But in the early 2000s, they liked to do things a little differently and much more irreverently.

The Presto was originally launched in 13 different colourways, and each was given a short animated promotional TV spot each. The spots, which wouldn’t look out of place in an episode of Rocko’s Modern Life, featured strange visuals like urinating clouds, erratic pandas, a balloon-headed monk whose head would inflate and explode, and probably the funniest of all, a shady milkman who taints a bottle of milk with an unidentified substance. Each ad would end with a shot of the shoe and its nickname displayed and uttered, as well as an identifying number out of 13. The quirky ads played a huge role in propelling the Presto into the mainstream, becoming one of the most popular running shoes of its generation. 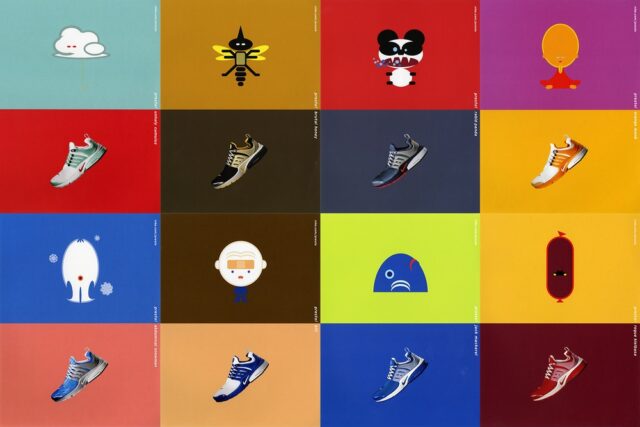 What’s in a name?

In order to come up with a name that would be befitting of the qualities of the shoe, the creative team at Nike decided to accept submissions from the design and development community. Over 300 submissions were received, with one person naming it “Presto Magic”, a nod to how the shoe would seamlessly fit onto the wearer’s shoe like magic. 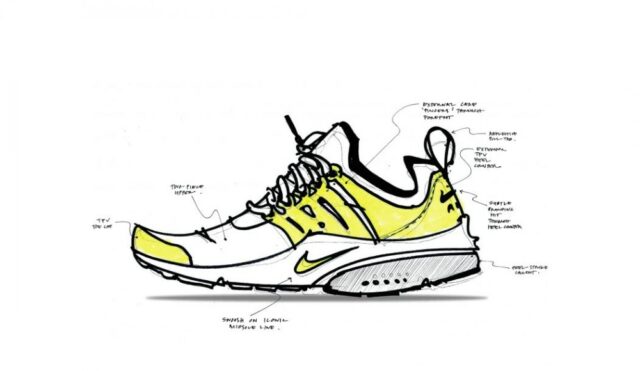 The original Presto lineup from 2000 was easily identifiable by its neoprene mesh upper, lightweight Phylon midsole and cushioned Duralon outsole, and the design itself has remained the same over the years. The five dots on the outsole were a signifier of the product’s status as an Alpha project, a program developed by Nike that focused on bringing to the fore the most progressive and technologically advanced footwear products. 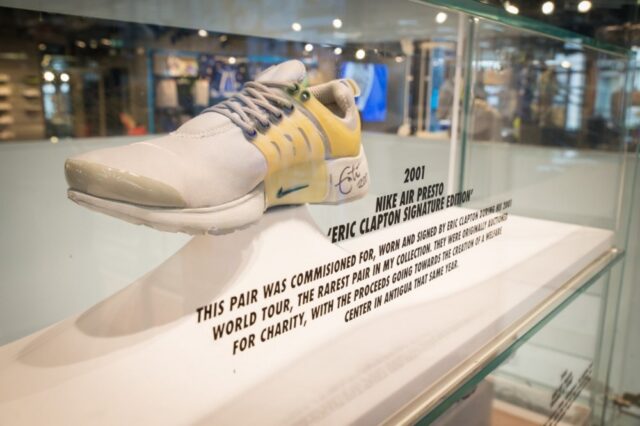 Throughout the years, numerous special editions have been released, all while maintaining the shape that has become so iconic. Thanks to the shoe’s history for utilising digitally printed graphics on the sole – one of the first shoes to do so – new designs over the years have ranged from denim, safari, and Oreo themes, to an extremely exclusive collaboration with musician Eric Clapton. 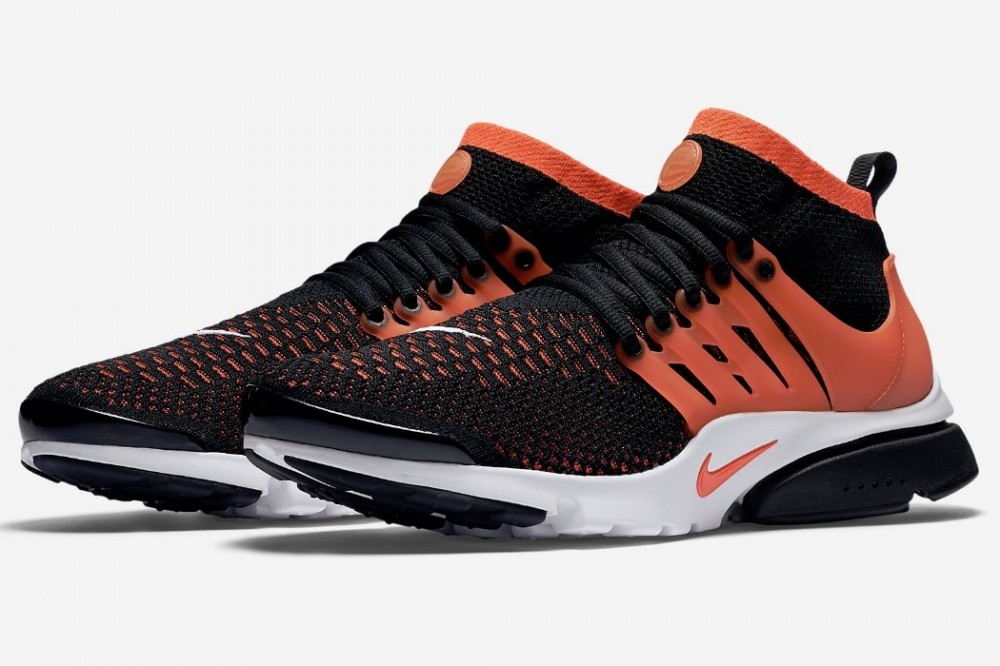 The Presto gets its wings

As of late, Nike has really been emphasising on giving their iconic silhouettes the Flyknit treatment, with the Ultra Flyknit Air Force 1’s releasing out earlier this year. It’s quite obvious that the new Nike Air Presto Ultra Flyknit is truly a match made in heaven.

Extending the Presto’s signature upper with Flyknit has now given the shoe an even more futuristic silhouette. The introduction of this new material gives better ventilation to the wearer, making it more comfortable for runners, and thus building on the original principles of the Presto in 2000. By turning it into a faux mid top sneaker, the shoe has found new life in the streets as the athleisure trend continues to take giant strides into the mainstream.