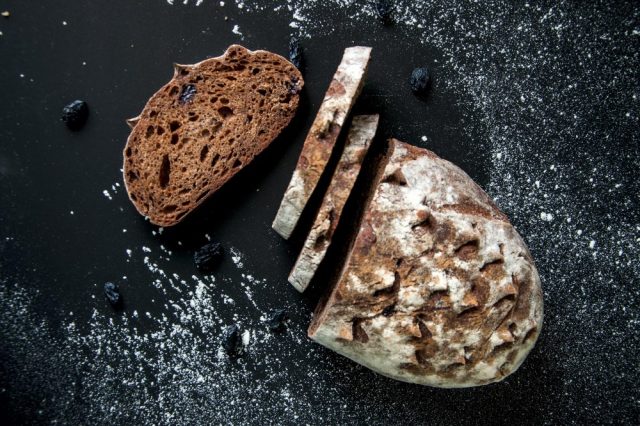 Your best friend recently gave up gluten—and so did your aunt, a co-worker, and your old college roommate. None of them have been diagnosed with a convincing reason to make this move—like celiac disease, an autoimmune disorder where eating gluten permanently damages the small intestine, for example. Still, they all say they believe that they’re gluten intolerant and that they feel better when they don’t eat the stuff. Could there be something to it—and should you consider giving up gluten too?

Celiac disease affects about one in 100 people, according to the Celiac Disease Foundation. People with the autoimmune condition can’t digest gluten, a protein in wheat, rye, and barley, says Dr. Rabia De Latour, MD, a gastroenterologist at NYU School of Medicine. And according to recent research published in The Psychiatric Quarterly and Gastroenterology, 0.5 to 13 percent of the population could have non-celiac gluten intolerance (NCGS), a milder form of the disease.

To diagnose celiac disease, doctors rely on blood tests and endoscopy, which can reveal inflammation in the small intestine. Just keep in mind that going gluten-free before being tested for celiac disease can prevent diagnosis, according to the advocacy group Beyond Celiac, so if you’re considering testing, have it done before you alter your diet.

There’s no test for NCGS, although researchers in Italy recently discovered a biomarker for gluten intolerance which could one day help create one. For now, “It’s a diagnosis of exclusion,” explains De Latour. If your doctor rules out celiac disease, IBS, and other gut disorders that can cause the gluten intolerance symptoms below, you may be advised to completely eliminate gluten from your diet to see if that helps.

If you have a hard time digesting gluten, your stomach can swell and feel tender, says Dr. De Latour. Of course, chronic gut disorders like IBS can also cause bloating, as can hormones and eating certain gassy foods (looking at you, brussels sprouts). But if your abdomen regularly feels swollen and sore, especially if you’ve been eating a lot of gluten-containing foods, mention it to your doctor, as this is one of the gluten intolerance symptoms to be on the lookout for. Here are 9 other ways to banish belly bloat.

Roughly 83 percent of people with a gluten sensitivity report feeling abdominal pain after eating gluten, according to studies published in BMC Medicine and the American Journal of Clinical Nutrition. If you suspect you’re among them, Dr. De Latour suggests keeping a food journal. Write down everything you eat, and any abdominal cramping you have (as well as any other issues.) “The goal is to see which foods are more likely to trigger symptoms,” she says.

Gluten sensitivity effects more than the gut. Many people with the condition report feeling “brain fog.” They may have lapses in memory, or be unable to find the right words when they’re speaking, says Dr. De Latour. The good news: Recent research reveals that mild deficiencies in memory, attention, and how quickly you problem-solve—actually improve over the first year of going gluten-free (provided you’re sensitive). Here are some simple daily tasks to help sharpen your memory.

You regularly clock eight hours between the sheets but still feel exhausted the next day—what gives? Research indicates that people with gluten sensitivity often have a lack of energy. In patients with celiac disease, malnutrition and anemia are the likely causes of sluggishness because the gut isn’t properly absorbing nutrients. That doesn’t explain why people with NCGS experience fatigue, but Dr. De Latour sees it in patients all the time. “Many people with a gluten sensitivity report being so tired they have trouble getting through the day.”

Everyone’s bowels get out of whack once in a while, but significant changes to your number twos can be one of the gluten intolerance symptoms to flag to your doctor. Research shows that more than half of people with a gluten sensitivity regularly experience diarrhea, while about 25 percent get blocked up. Try these home remedies to get your digestive system running smoothly again.

A recent review of 40 studies found that people with celiac disease and gluten sensitivities may be more prone to migraines than people without these conditions. Migraine is characterized by throbbing head pain, usually located on one side of the head. Sufferers often report feeling nausea, and being sensitive to light and sound, says the National Headache Foundation. In many cases, symptoms are so debilitating that they make day-to-day activities difficult. If you get the skull-crushers and are looking for ways to ease the pain, these remedies are proven to help.

Patients with celiac disease often lose weight because their small intestine is so damaged that it can’t absorb nutrients, explains Dr. De Latour. This isn’t the case for people with NCGS, but gluten-sensitive people still may notice some weight loss. Often, people may limit their diet because they’re afraid of the pain that comes after eating certain foods, and this can cause them to lose weight, says Dr. De Latour.

Feeling blue and moody once in a while is just part of being human. But if you feel down or anxious all the time, it might be worth looking at your diet. A 2014 study published in Alimentary Pharmacology & Therapeutics found that gluten-intolerant subjects reported increased depression after just three days of eating gluten.

Numbness, tingling, or pain, particularly in the hands and feet, is one of the gluten intolerance symptoms that can be caused by gluten sensitivity, according to the Celiac Disease Foundation. The condition, known as peripheral neuropathy, is caused by nerve damage in these areas. Researchers believe the anti-gluten antibodies some people produce in response to gluten consumption are to blame. Following a strict gluten-free diet could help prevent, delay, or treat the painful sensations.

When people with celiac disease eat gluten, it triggers body-wide inflammation which can cause serious problems outside the gut, including fibromyalgia-like joint pain, according to the Arthritis Foundation. In one 2012 study, 11 percent of patients with NCGS reported sore, achy joints. Clinical trials are now underway to see how widespread the symptom may be among people sensitive to gluten. Plus, don’t miss a naturopath’s approach for relieving joint pain.

Scientific studies haven’t confirmed this one, but many people with NCGS report having dry skin, rashes, acne, and eczema. It’s important to note that these skin issues are different from dermatitis herpetiformis (DH), a condition commonly seen in celiac sufferers. DH is characterized by chronic rashes and red, liquid-filled blisters. The bumps most often appear on the forearms near the elbows, as well as on knees and buttocks, and along the hairline, according to the Celiac Disease Foundation.

Studies demonstrate a strong link between celiac disease and unexplained infertility. The research isn’t as clear when it comes to NCGS (though the authors of a 2015 study suggest that the link might exist). Still, Dr. De Latour says you shouldn’t be too concerned about this one. If you’re having difficulties getting pregnant, reproductive disorders are more likely to blame.