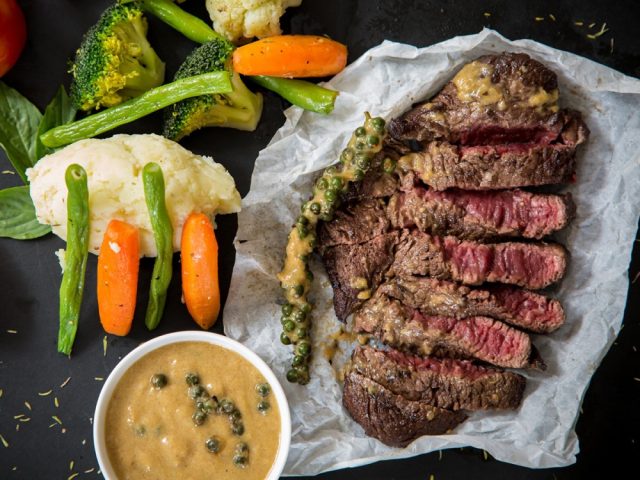 Why we need protein

Protein is a critical part of our diet. We need it to feel full, have energy, build and repair muscle, process nutrients, and boost immunity, among other vital roles. “Protein is made up of amino acids that are the building blocks of body tissues, including muscles, blood vessels, hair, skin, and nails. It’s also involved in the production of enzymes and hormones that help the body to function normally,” says Kaleigh McMordie, a registered dietitian nutritionist.

If you’re a regular exerciser, protein is especially important, according to diet and lifestyle dietitian and registered nutritionist, Keith Akoob, EdD. “Protein not only builds muscle, but it also repairs and maintains muscle,” he says. “Muscle cells, like all living tissue, have a life. They eventually need to be replaced, so repair and maintenance are critical roles for dietary protein.” 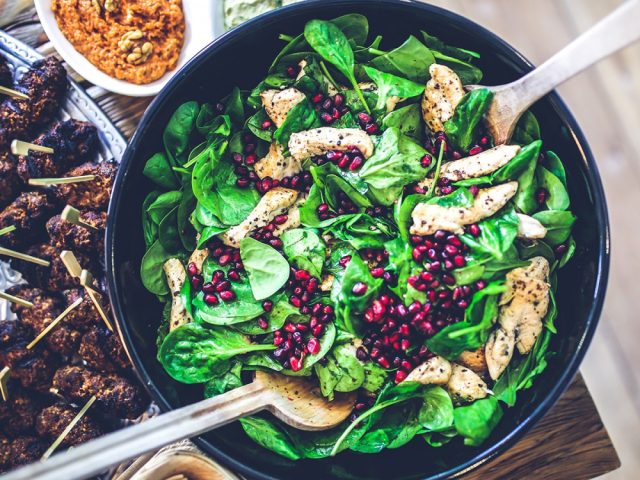 How much protein we need

There are many elements to consider when determining just how much protein you need on a daily basis. For example, you need to take into account how often you squeeze in a sweat sesh and how your body’s digestion is functioning. That said, there are some overall guidelines. “The RDA for protein for adult men and women is around 50 to 62 grams of protein per day. This will typically prevent any protein deficiencies,” McMordie says.

Though that’s a rough estimate, Culinary Health Solutions Chief Culinary Officer, Ken Immer notes. “Most often, we hear about recommending protein in specific gram amounts per day. However, that can be misleading because it should be closely tied to your total calorie needs, rather than just an arbitrary number,” he says. “There is a wide range of recommendations when it comes to the ideal percentage of calories from protein. Ten percent being the absolute minimum.” Experts aren’t certain of the maximum amount, but too much protein is linked with kidney disease, constipation, and cancer risk.

As a general rule, Immer recommends that men aim for 140 grams and women shoot for 110 grams per day. That’s more than the RDA, but still within safe limits. Why? These things can happen to your body when you don’t eat enough protein. 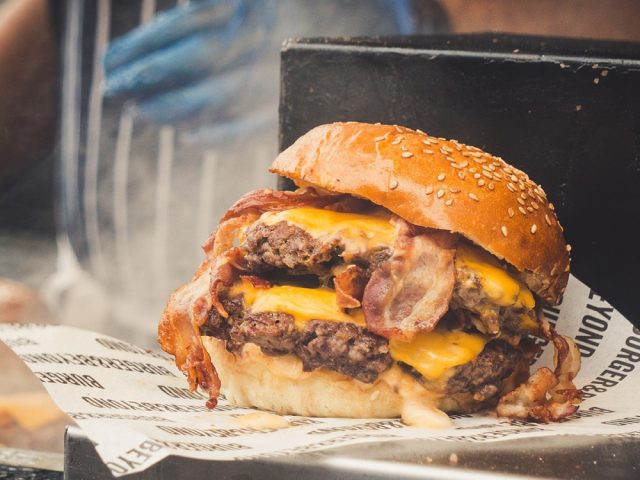 You’re in a bad mood

Maybe you got into a fight with your partner before bed or you’re anxious about a presentation at work. If you keep waking up on the wrong side of the bed, you might want to consider your protein intake. “When we are eating too much protein, we are often not eating enough carbs, like in low-carb or high-protein diets. And our brains actually run on sugar from those carbs,” Immer says.

The easy solution: Recognize when you swap out too many carbs for protein, then even out the difference. There’s no need to wolf down a pizza to brighten your mood. Instead reach for complex carbohydrates such as fruits, yogurt, brown rice, and whole grain oatmeal. Limit overly refined carbs, which can make you sluggish and moody. (Also, check out what happens when you stop eating processed foods.) 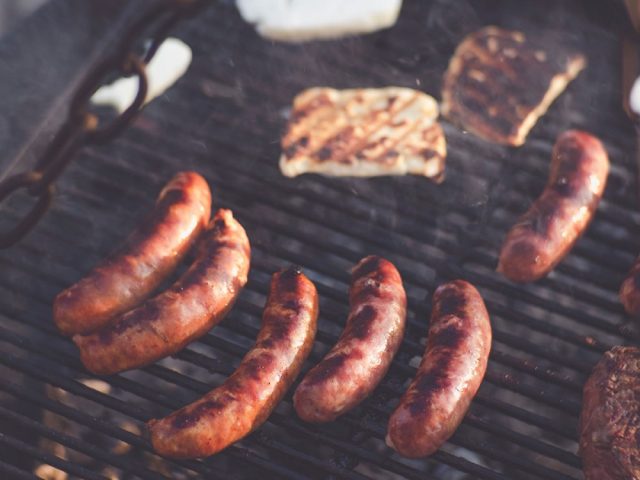 That afternoon slump is real. Feeling fatigued as the day rolls on might have you reaching for coffee or a snack (or three). But it could be the amount of protein in your system that’s causing your eyes to glaze over. “Brain fog, in general, is also a possibility from too much protein, as a sugar deficit for the brain can cause your brain to actually shrink,” Immer explains. Overeating protein means that you might be displacing your carbs. This is risky because, as McMordie says, “carbs are the brain’s main source of energy, and without enough, it will be hard to concentrate.” Make sure your healthy snack has a nice balance of carbs and protein, so you feel full, without feeling foggy. 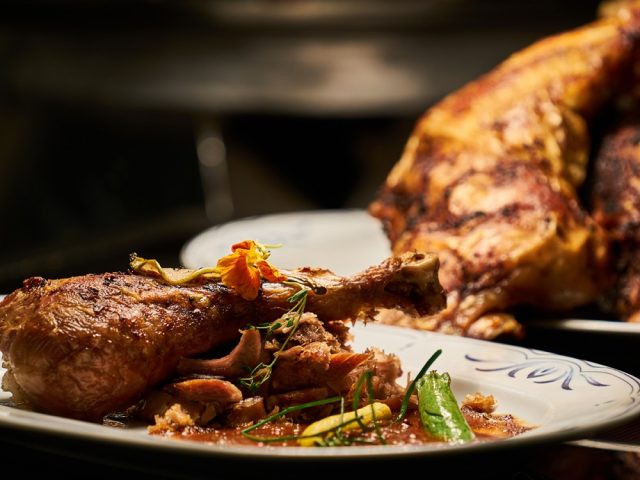 It’s true that having a high-protein diet can satisfy your hunger, but if you go too far, you might find your scale tipping over too. “That’s especially true if you’re eating excess animal protein or downing protein shakes. Meat often means extra fat and also calories. And many protein shakes have added sugar to make them taste better,” McMordie says. “Over time, too many excess calories, no matter from fat, sugar, or protein, will cause weight gain.” To shift your meals in a healthier direction, McMordie says to “aim for balanced meals that include lean protein, whole grains, fruit and vegetables.” As a general rule, she adds, half of your plate should be fruits or vegetables, one quarter should be protein, and one quarter should be starch or whole grains. (These are the best winter foods for weight loss.) 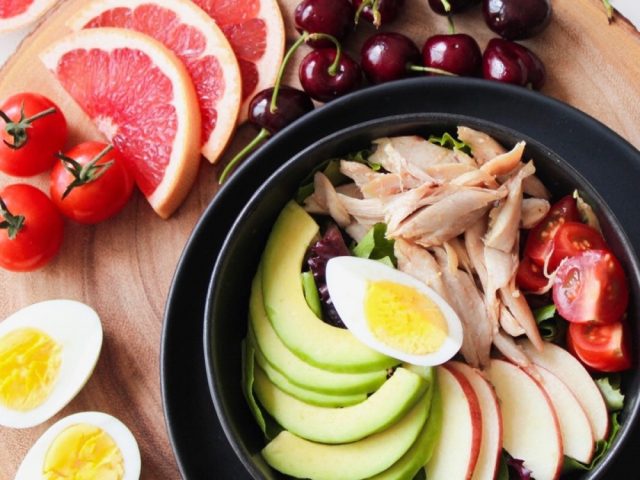 You’re a little backed up

Having dependable, reliable digestion cycles will make you feel healthier overall and minimize any potential stomach issues. However, if your protein intake is too high, you might struggle to stay regular. “If you replace too much of your diet with protein, you may be lacking fibre from grains and vegetables.

Fibre is important for digestion and regularity. Without it, you may experience digestive problems and constipation,” McMordie says. Aim for 25 grams of fibre daily from foods like whole grains (McMordie’s favourites are oatmeal and quinoa), vegetables, and fruit. Adding in a daily probiotic—or eating naturally probiotic-rich foods—may also help keep your digestion on track. 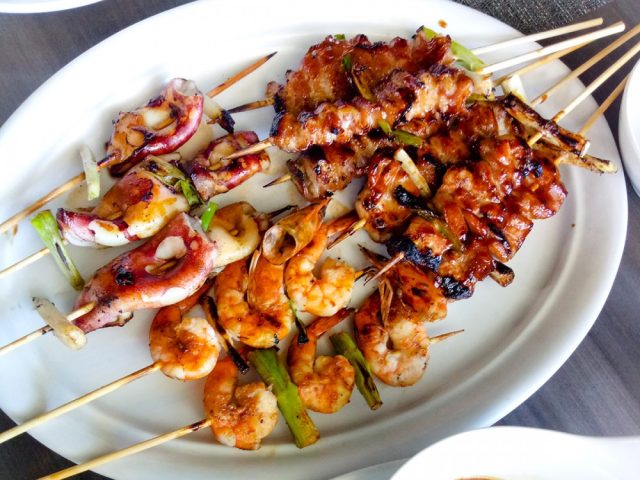 Another indicator that you might be OD-ing on protein is a constant desire for water. In fact, too much protein can cause mild dehydration. “The dehydration is caused by your kidneys working overtime to remove the excess protein as well as the nitrogen waste from metabolizing the protein. So you urinate too much and eventually can wreck your kidneys altogether,” Immer explains.

To the rescue? More agua, of course, and lightening up on the protein. It’s important to pay attention to this sign specifically, as kidney stones can also be caused by a high-protein diet. “Depending on other factors, when you put your kidneys into overdrive, the risk of kidney stones increases for those who are already prone. That’s because of particular issues with absorbing specific forms of calcium, mostly from leafy greens, surprisingly enough!” Immer says. 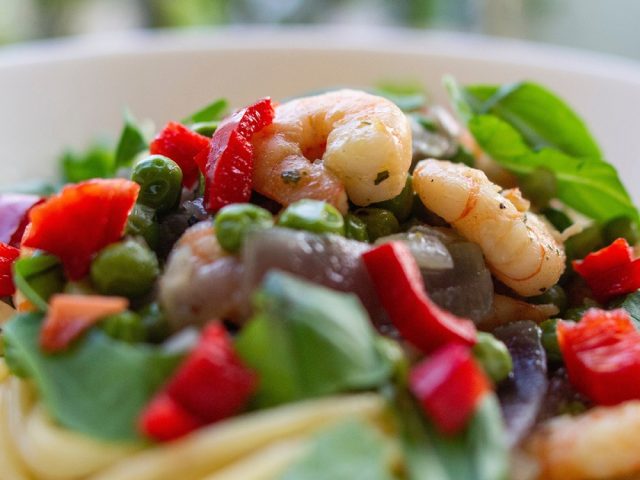 You have bad breath

You’ve noticed that when you laugh, not everyone laughs with you. And your co-workers are pulling back when they have to sit near you in meetings. What’s up? Bad breath was a common complaint of those on the Atkins diet, and for good reason. A lot of meat doesn’t just give you meat sweats, it gives you a stinky mouth too. “Your brain and body like to run on carbs, so when you don’t eat enough carbs, your body starts to use fat as fuel, producing ketones. They can make your breath smell like nail polish remover,” McMordie says.