How Often Should We Actually Be Eating Out? (2020)

Let’s get real: Hitting a restaurant or ordering takeout is always going to be more conveneient than preparing a meal yourself. However, new research has found that we could be going a little overboard in that department.

According to a report from Quartz, we’re now spending a lot more money at restaurants than we are on groceries. And, according to another report from the Boston Consulting Group, millennials now eat out an average of 3.4 times a week.

We get it: We’re all busy, and between work, life, and everything else you do, somehow taking time out to cook just isn’t tops on your to-do list. 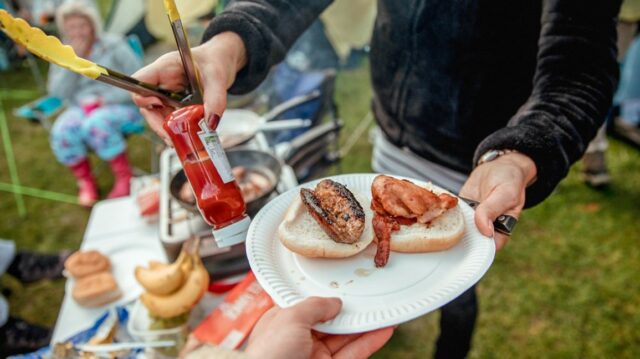 Dietitians get it, too. “People often work long hours and don’t want to spend the little time they have at home in the kitchen cooking,” says registered dietitian Sonya Angelone, a spokeswoman for the Academy of Nutrition and Dietetics. “Many people don’t even have many kitchen skills so cooking can be a challenge.”

The only thing is, it’s not good for our health. When we eat out, we tend to eat excessively thanks to larger portions, Angelone points out. The food we have is often less healthy than we’d have at home, making it more likely you’ll have more of something that’s not so great for you—and that doesn’t exactly help with your overall fitness goals.

But Tara Gidus, R.D.N., author of Flat Belly Cooking for Dummies, says eating out can be healthy—provided you make the right choices. Problem is, when we’re faced with deciding between a healthy salad and bacon cheeseburger, it’s pretty hard to turn down the latter. 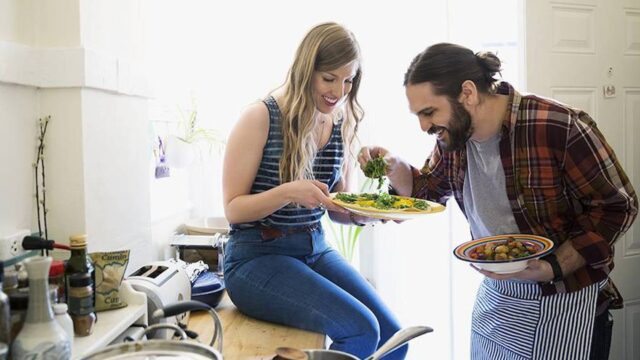 So…what are we supposed to do about it, exactly? Gidus says planning is key. “Many people go out for lunch because they don’t plan ahead and pack their lunch,” she says. “They get to the end of the day and they haven’t planned dinner so they grab something out or get take-out.”

That’s why she suggests batch-cooking food on the weekends that can be reheated later in the week and preparing some veggies and protein for salads. You can also start freezing foods to use later in the week when you’re in a bind.

Don’t have enough time to cook a bunch on a Sunday? Angelone says it’s still a good idea to take a beat and think about what you’d like to eat for the week. Then, go out and buy what you need. “People are more likely to stick to a plan if the foods are already at home,” she says. 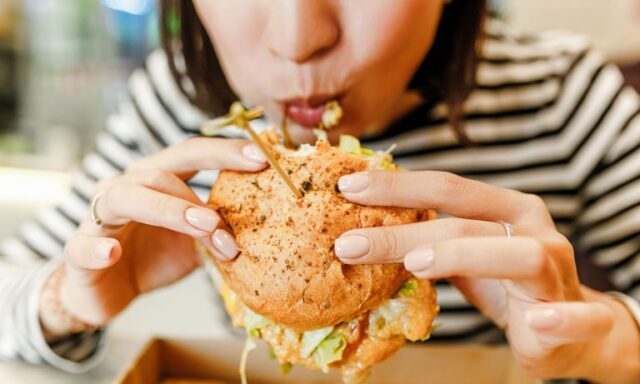 While eating in more is better for your health—and your bank account—experts say you don’t have to ditch the habit entirely. If you really want to save money, Gidus recommends limiting yourself to once a week. But, she adds, “if you can get a nice nutritious lunch from the deli next door, you can do it every day.” You can also make the most out of your meals out by saving leftovers and getting more meals out of them. “It can become very economical,” she points out.